From May 17th to the 19th, the Club de Campo Villa de Madrid will host the 109th International Jumping Competition in Madrid, which for the sixth consecutive year will be part of the Longines Global Champions Tour, the most important equestrian circuit in the world. The Longines Global Champions Tour (LGCT), which this year celebrates its thirteenth edition, is the most prestigious international equestrian circuit in the world and with the largest economic prize in the world,

In addition to the CSI5*, which will include two qualifiers from the Global Champions League, there will be also a CSI2* with classes from 1.15m to 1.45m including a Grand Prix, on Sunday, scoring for the Longines Ranking FEI.

The program consists of 15 classes, 7 of them scoring for the Longines Ranking FEI, with around 230 horses and 140 riders from all over the world. Tomorrow 17th will start at 9:30 a.m. the first class of the venue in which Ifema Madrid Horse Week will be the official sponsor. In total about 1 million euros will be distributed in prizes. The Longines Ayuntamiento de Madrid Grand Prix on Saturday and the Copa del Rey Volvo Trophy on Sunday will be the most important classes of an exciting weekend with the best of the world equestrian.

More than just an event, it is an experience where you will enjoy the shopping areas, the food trucks line up enlivened with live music and the most fun activities for the little ones in the house.

Tickets can be purchased at www.marcaentradas.com with prices between € 10 and € 15. From Thursday, 17th, tickets will be only available at the ticket office. 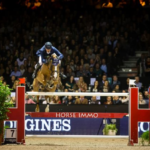 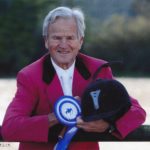